Houses, like ice cream, come in a variety of flavors. There are mansions and tiny homes. Ranch styles and houseboats. Greystones, brownstones and mobile homes. But now let’s talk Chicago area bungalows. 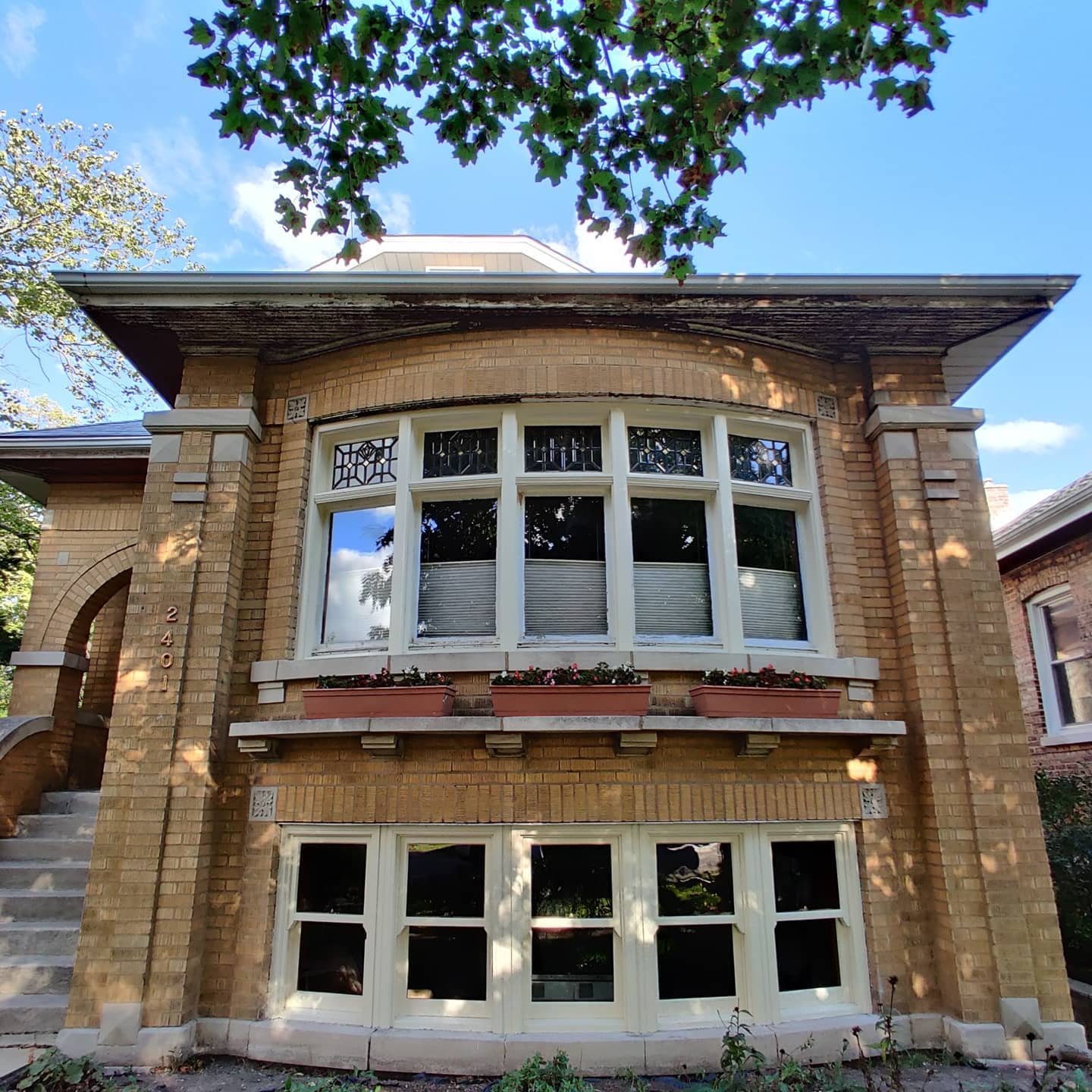 Berwyn’s bungalow district boasts approximately 1,300 single-family bungalows, over 1,000 of which are Chicago-style. Because most of these bungalows were built in the 1920s and 1930s when Chicago’s population was booming, the area earned a spot on the National Register of Historic Places in 2015.

Here are essential facts you need to know about the Central Berwyn Bungalow Historic District.

In the central part of Berwyn, whole blocks of bungalows rose up as the population soared. Houses were often built simultaneously, with contractors digging a block’s worth of basements, followed by crews setting down a block of foundations, and carpenters building frames en masse.

Berwyn’s central area was largely built for and occupied by immigrants. Many held jobs as machinists or tailors and were part of the working class. Several Czech immigrants made Berwyn their home, as did first-generation Czech Americans who had previously lived in Chicago or Cicero and then ventured west. Cermak Road, initially known as 22nd Street, was renamed to honor Anton Cermak, Chicago’s first Czech mayor.

Czech immigrant Gustav Klimawas was a storied real estate developer in the area. He arrived in America in 1889 and by 1913 had bought his first tract of land in Berwyn. A 1917 article noted that Klima “sold property in the neighborhood of Riverside Drive, 22nd Street and Oak Park Avenue. He transformed this section of Berwyn into a residential district for his Czech fellow countrymen.”

The Central Berwyn Bungalow Historic District, as it’s now known, is roughly bounded by Cermak Road to the north, 26th Street to the south, Home Avenue and Morton West High School to the west and Ridgeland Ave to the east. After World War II, the boom in Berwyn’s property development in the area dropped markedly.

A Broader Look at the Bungalow’s Origins

The bungalow’s origins lie in India. The term itself comes from a Hindi word meaning “a house in the Bengali style” and likely referred to a temporary shelter encircled by a veranda.

In America, bungalows were popularized in California during the late 19th century, later spreading to the rest of the nation as a staple form of housing for working and middle-class families. The bungalow’s growing prominence dovetailed with America’s industrial revolution and rapid urbanization. As cities become denser, with overcrowded tenements and poor living conditions, those with the means to buy single-family homes in the early 20th century found the bungalow an economical choice.

Bungalows are compact, with most rooms on the main level, while also granting access to natural light and outdoor space. In Illinois, an estimated 100,000 bungalows were built in Cook County between 1910 and 1940, with about 80,000 erected within the city of Chicago. Because Chicago lots are about 30 feet wide, most Chicago bungalows only measure 25 feet across.

In 1923, Chicago architect Charles E. White Jr. described the bungalow’s standing in American culture. He wrote: “For several years now the bungalow has held a high place in esteem of the public. It seems that these little dwellings have come to stay and one may safely say now that the bungalow of the early days has developed into a really sensible type of domestic architecture, suitable to American living conditions and entirely desirable from the standpoint of architectural design, family comfort and structural endurance.” 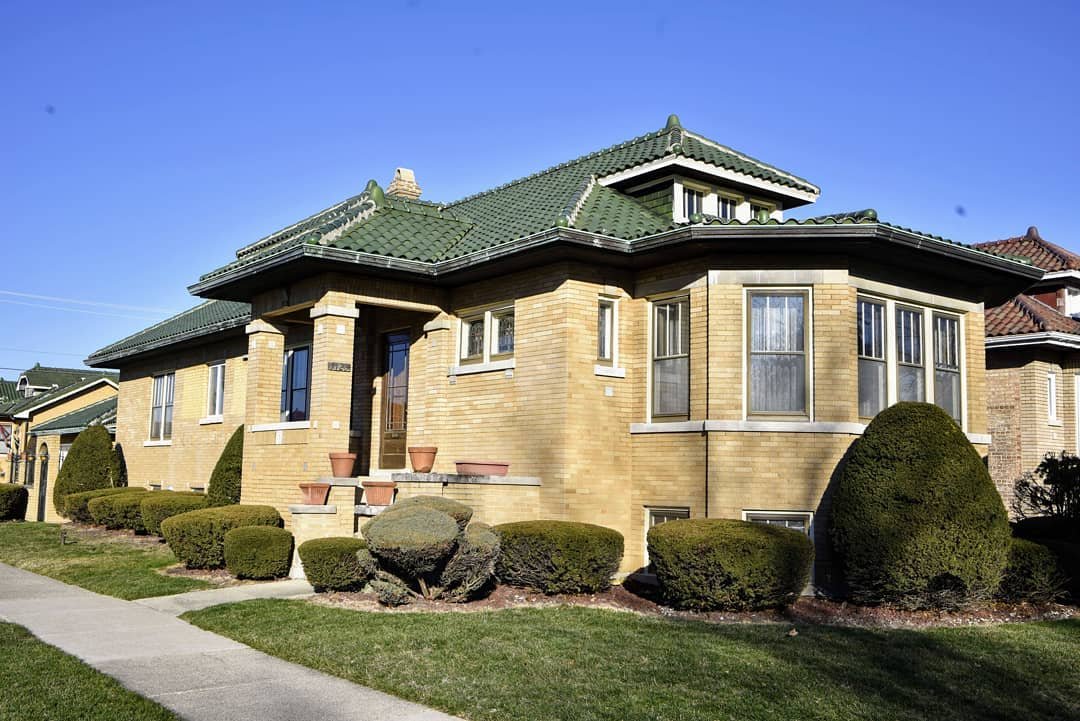 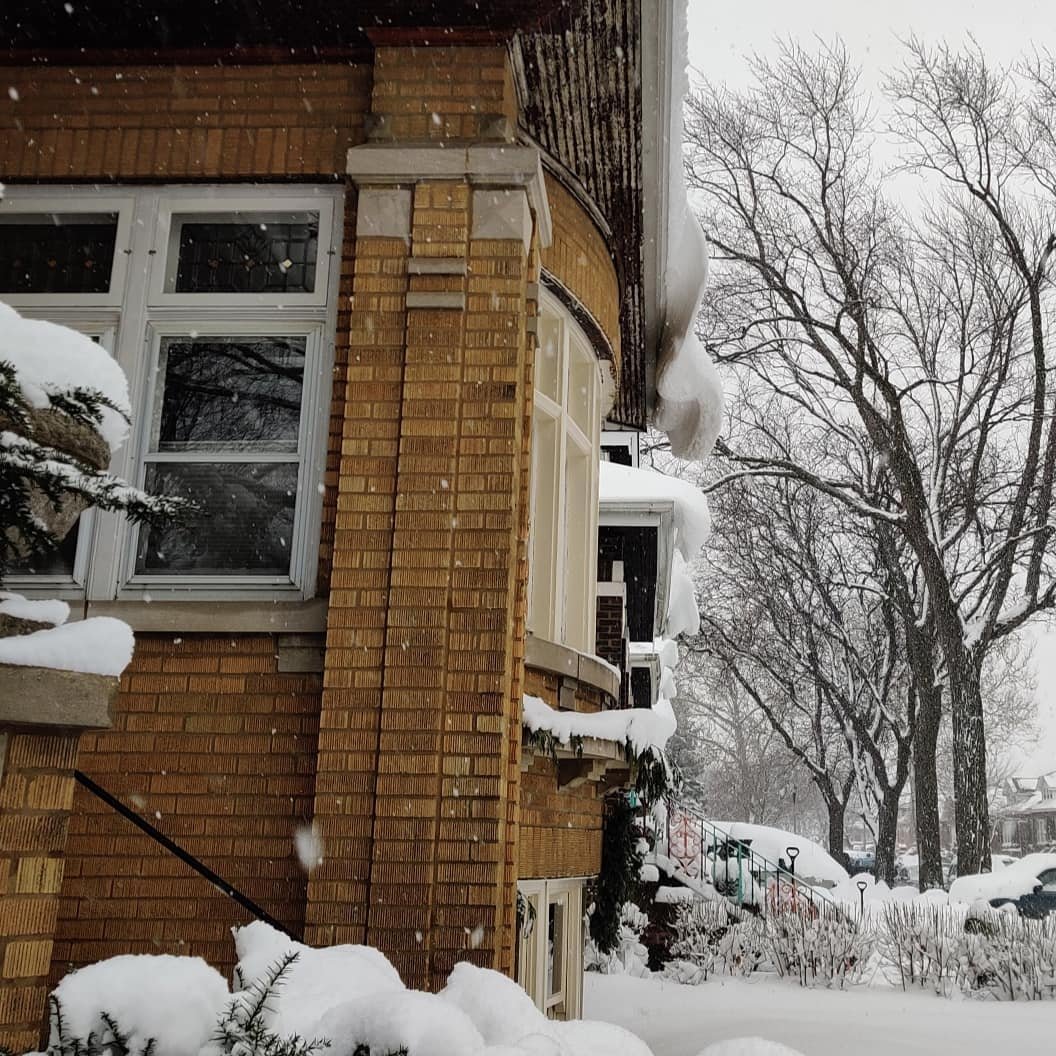 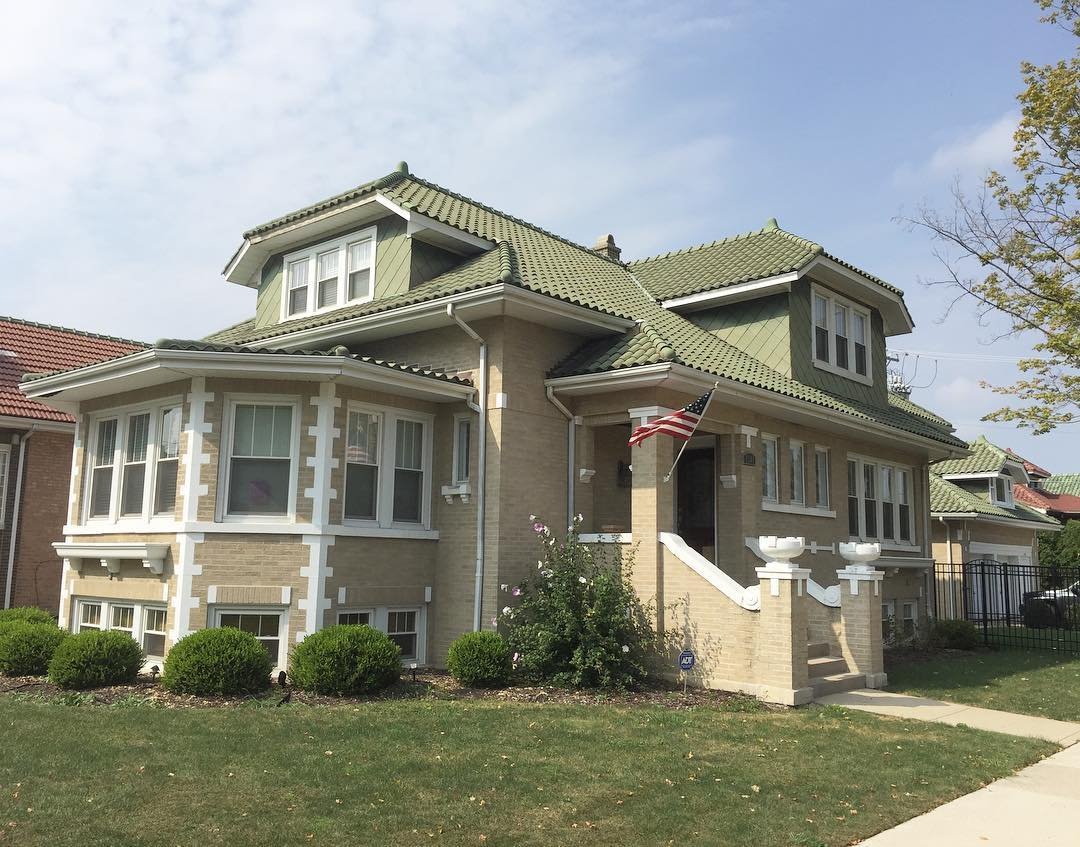 From the outside, Chicago-style bungalows are known for their uniformity. Their solid-brick construction was mandated by building codes after the 1871 Chicago Fire, while their rectangular shape was cheap and easy to build quickly.

Yet each bungalow is unique, and Berwyn — whose official motto is “City of Homes” — has many variations on the form, with more than 40 styles of bungalows on display.

To maintain historic preservation in Berwyn, many homeowners seek to keep these solid structures looking much the same as when they were built.

If you visit during September, try to join one of the Berwyn Historical Society's “Bungalows and More Tours.” You’ll be able to tour a number of private homes and businesses not usually open to the public. If you’re an ‘architecture aficionado’ or want to know more, you’ll find plenty of walking tours in nearby Oak Park that can share more stories about our incredible architecture.